What is a Brain Injury?

Colorado defines brain injury as: “Damage to the brain from an internal or external source, including, but not limited to, a Traumatic Brain Injury (TBI), that occurs post-birth and is noncongenital, nondegenerative, and nonhereditary, resulting in partial or total functional impairment in one or more areas, including but not limited to attention, memory, reasoning, problem solving, speed of processing, decision-making, learning, perception, sensory impairment, speech and language, motor and physical functioning, or psychological behavior” (Section 26-1-301(1.5), C.R.S.). 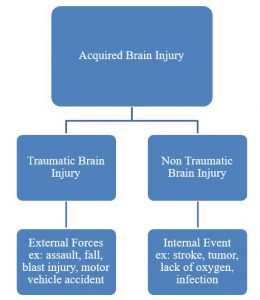 Brain injury affects the whole person, including changes in the physical, emotional, and cognitive areas of the body. These changes can impact how a person reacts to his or her daily life, including school and work, and how s/he manages his or her finances. Relationships and a person’s well being are determined by how well he or she can manage these challenges. The road can seem long and insurmountable, especially without help.

When oxygen levels are significantly low for four minutes or longer, brain cells begin to die. After five minutes permanent anoxic brain injury can occur. Anoxic brain injury which is also called cerebral hypoxia is a serious, life-threatening injury; it can cause cognitive problems and disabilities.  The term hypoxic means partial lack, whereas the term anoxic means total lack. The greater the loss of oxygen, the more wide-spread and serious the injury will be. Drowning, strangling, choking, suffocation, cardiac arrest, head trauma, carbon monoxide poisoning, and complications of general anesthesia can create conditions that can lead to cerebral hypoxia. Symptoms of mild cerebral hypoxia include inattentiveness, poor judgment, memory loss, and a decrease in motor coordination.

A brain tumor or intracranial neoplasm occurs when abnormal cells form within the brain. There are two main types of tumors: malignant, or cancerous, tumors and benign tumors. All types of brain tumors may produce symptoms that vary depending on the part of the brain involved. These may include headaches, seizures, problem with vision, vomiting, and mental changes. More specific problems may include difficulty in walking, speaking and with sensation

A cerebral aneurysm (also known as an intracranial or intracerebral aneurysm) is a weak or thin spot on a blood vessel in the brain that balloons out and fills with blood. The bulging aneurysm can put pressure on a nerve or surrounding brain tissue. It may also leak or rupture, spilling blood into the surrounding tissue (called a hemorrhage). Some cerebral aneurysms, particularly those that are very small, do not bleed or cause other problems. Cerebral aneurysms can occur anywhere in the brain, but most are located along a loop of arteries that run between the underside of the brain and the base of the skull.

Encephalitis is irritation and swelling (inflammation) of the brain, most often due to viral infections. Encephalitis can cause flu-like symptoms, such as a fever or severe headache. It can also cause confused thinking, seizures, or problems with senses or movement.

A stroke occurs when a blood clot blocks an artery or a blood vessel breaks, interrupting blood flow to an area of the brain.  When either of these things happen, brain cells begin to die and brain damage occurs. 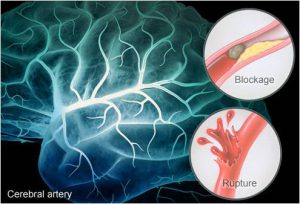 When brain cells die during a stroke, abilities controlled by that area of the brain are lost.  These abilities include speech, movement and memory.  How a stroke patient is affected depends on where the stroke occurs in the brain and how much the brain is damaged.

For example, someone who has a small stroke may experience only minor problems such as weakness of an arm or leg.  People who have larger strokes may be paralyzed on one side or lose their ability to speak.  Some people recover completely from strokes, but more than 2/3 of survivors will have some type of disability. -National Stroke Association

What is a Traumatic Brain Injury?

A Traumatic Brain Injury (TBI) is defined as a blow or jolt to the head or a penetrating head injury that disrupts the function of the brain. Not all blows or jolts to the head result in a TBI. The severity of such an injury may range from “mild,” i.e., a brief change in mental status or consciousness to “severe,” i.e., an extended period of unconsciousness or amnesia after the injury. A TBI can result in short or long-term problems with independent function.

How many people have TBI?
Data from CDC

Anyone can experience a TBI, however some groups are at greater risk of dying from a TBI or experiencing long-term health problems after the injury. Examples include

According to the Defense Centers of Excellence, almost 400,000 military personnel have sustained a brain injury since 2000

The leading causes of TBI are:

Blasts are a leading cause of TBI for active duty military personnel in war zones.

Who is at highest risk for TBI? 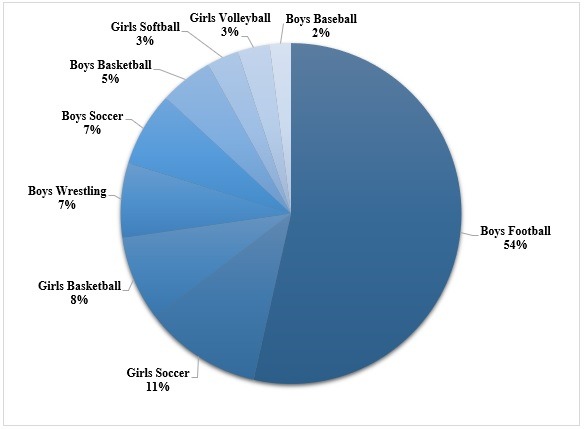 What are the costs of TBI?

Direct medical costs and indirect costs such as lost productivity of TBI totaled an estimated $60 billion in the United States in 2000.

What are the long-term consequences of TBI?

The Centers for Disease Control and Prevention estimates that 6 million Americans currently have a long-term or lifelong need for help to perform activities of daily living as a result of a TBI.

According to one study, about 40% of those hospitalized with a TBI had at least one unmet need for services one year after their injury. The most frequent unmet needs were:

TBI can cause a wide range of functional changes affecting thinking, language, learning, emotions, behavior, and/or sensation. It can also cause epilepsy and increase the risk for conditions such as Alzheimer’s disease, Parkinson’s disease, and other brain disorders that become more prevalent with age.

For more information or details about TBI statistics, please visit: